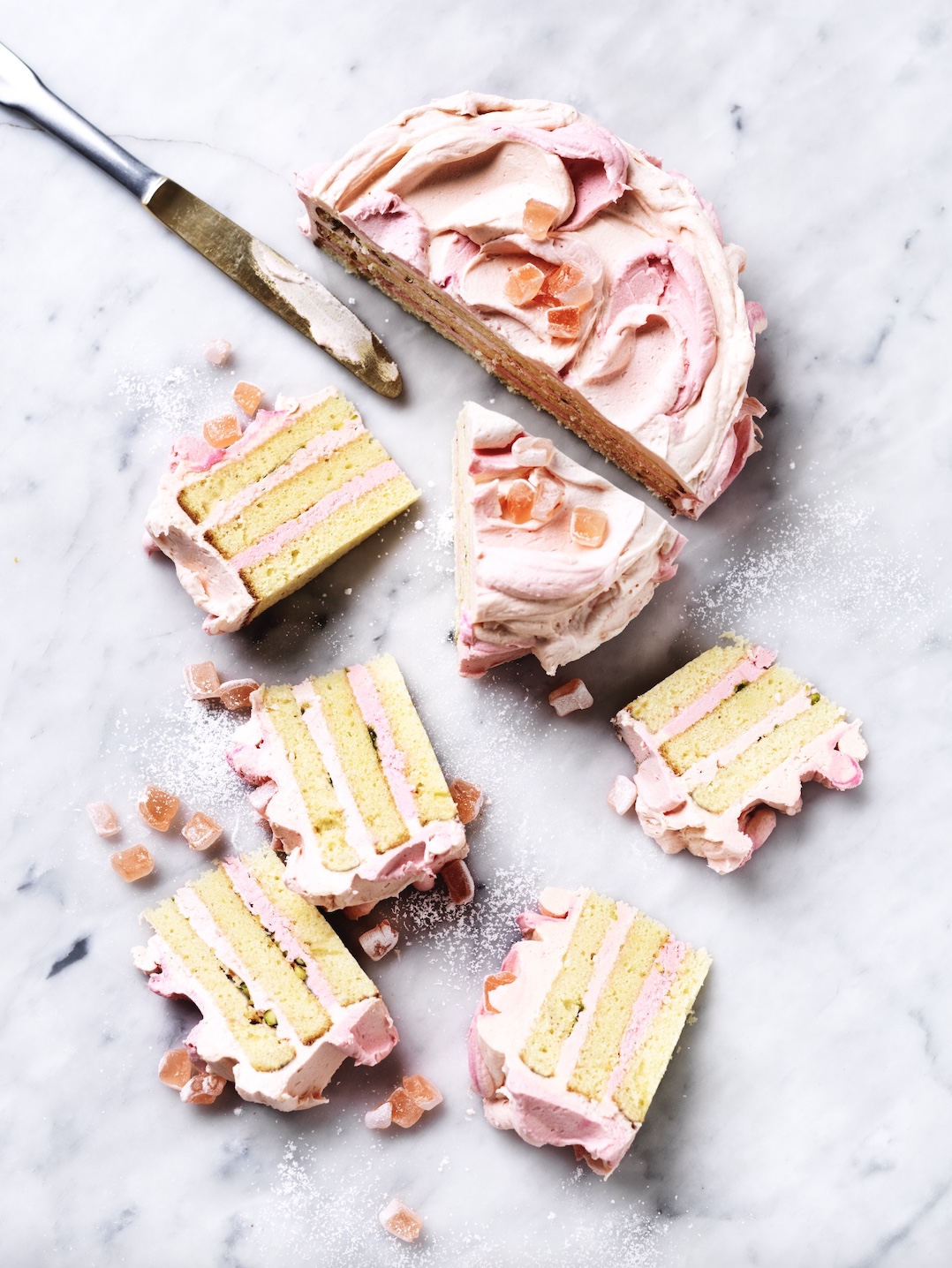 Wonky cakes and dripping icing disasters will be a thing of the past as we show you how to slice, stack and ice like a pro!

Light, dainty and subtly pink, this cake is perfect for a floral afternoon tea.

PREHEAT oven to 160°C. Grease a deep 18 cm round cake tin and line the base with baking paper.

BEAT butter and sugar in a bowl until light and fluffy then beat in the eggs one at a time. Sift the flours together. Mix the flours into the butter mixture alternately with the milk and rosewater. Spread mixture into the cake tin and smooth the surface.

BAKE for 1 hour or until a skewer inserted into the centre comes out clean. Cover loosely with foil if the cake starts to
over-brown. Leave cake in the tin for 5 minutes before turning out, top-side up, onto a wire rack to cool.

Rosewater syrup  Mix together sugar, boiling water and rosewater in a heatproof jug until the sugar dissolves. Set aside and allow to cool. 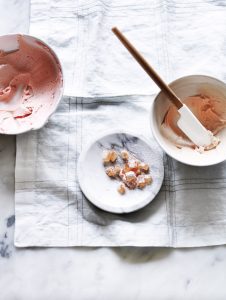 White chocolate buttercream  Beat butter in a bowl until light and fluffy. Gradually beat in the sifted icing sugar followed by the chocolate. Divide mixture equally between three bowls. Tint bowls of icing in varying shades of pink, so that the next portion is slightly darker than the previous one.

To assemble  Level the cake by holding the top of the cake steady with one hand while you use a large serrated knife, in long sawing motions, to trim off the rounded part.

DIVIDE the height of the remaining cake in half and insert the toothpicks into the sides of the cake, at the halfway mark. Slice the cake into two even layers.

PLACE the bottom layer on a cake stand or serving plate and brush with  of  the syrup. 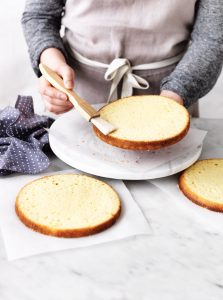 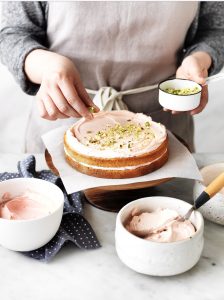 LIGHTLY ice the whole cake with the lightest shade of buttercream.

DOLLOP spoonfuls of each shade of buttercream on top of the cake. Loosely smear colours, starting from the outer edge and moving towards the centre.

PLACE the remaining icing in separate piping bags. Pipe a large dot of the pinkest icing at the bottom of the cake. Pipe the same sized dot of the middle shade directly above it and a dot of the lightest shade above that. Using the back of a teaspoon, smear the dots from right to left, cleaning the spoon after each smear. Pipe another vertical row of dots onto the smeared part of the previous row. Smear with the back of a teaspoon and repeat in a clockwise direction until the whole cake is covered. 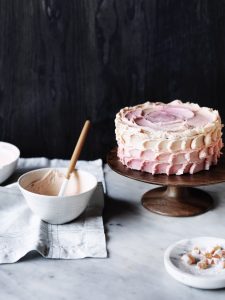 TIP: Prevent the Turkish delight from sticking to your kitchen scissors by regularly dipping the blades in icing sugar.