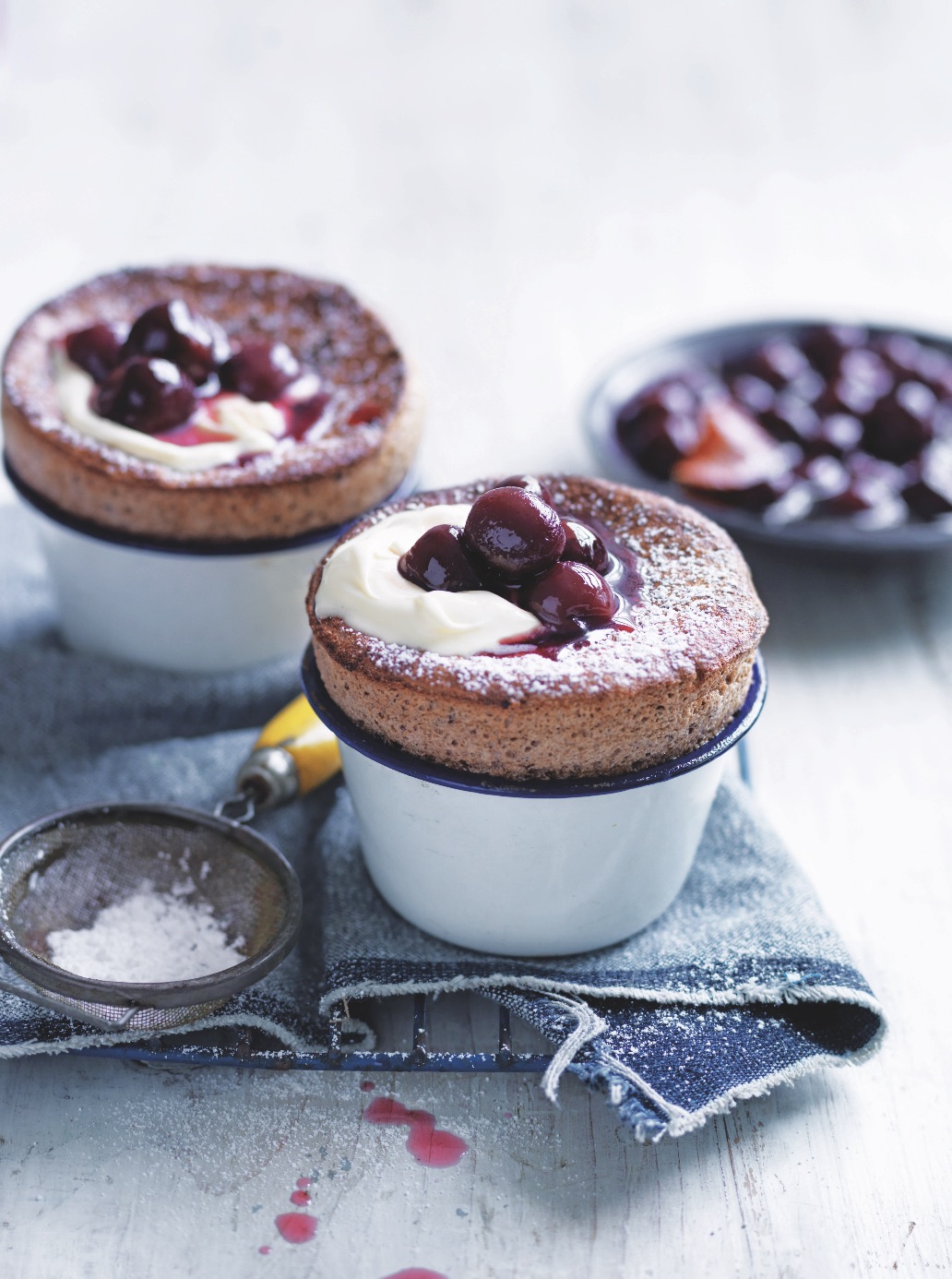 Make use of the fresh cherries in season and whip up this decadent and sweet dessert that is bound to impress.

STIR together sugar, water and orange rind in a pot over high heat, without boiling, until the sugar dissolves.

ADD in the cherries, to the boil and simmer for about 4 minutes until syrup thickens slightly and cherries are soft when pressed

REMOVE from the heat and stir through the liqueur,

MELT chocolate and set aside to cool for 5 minutes. Whisk in egg yolks.

WHIP all 9 egg whites and excess sugar in a large mixing bowl with an electric beater until soft peaks form. Fold in the chocolate mixture, in two batches, being careful not to knock out too much air. DIVIDE mixture between the prepared dishes and smooth out the tops. Place dishes on an oven tray and bake soufflés for about 15 minutes until well-risen and a delicate crust has formed.