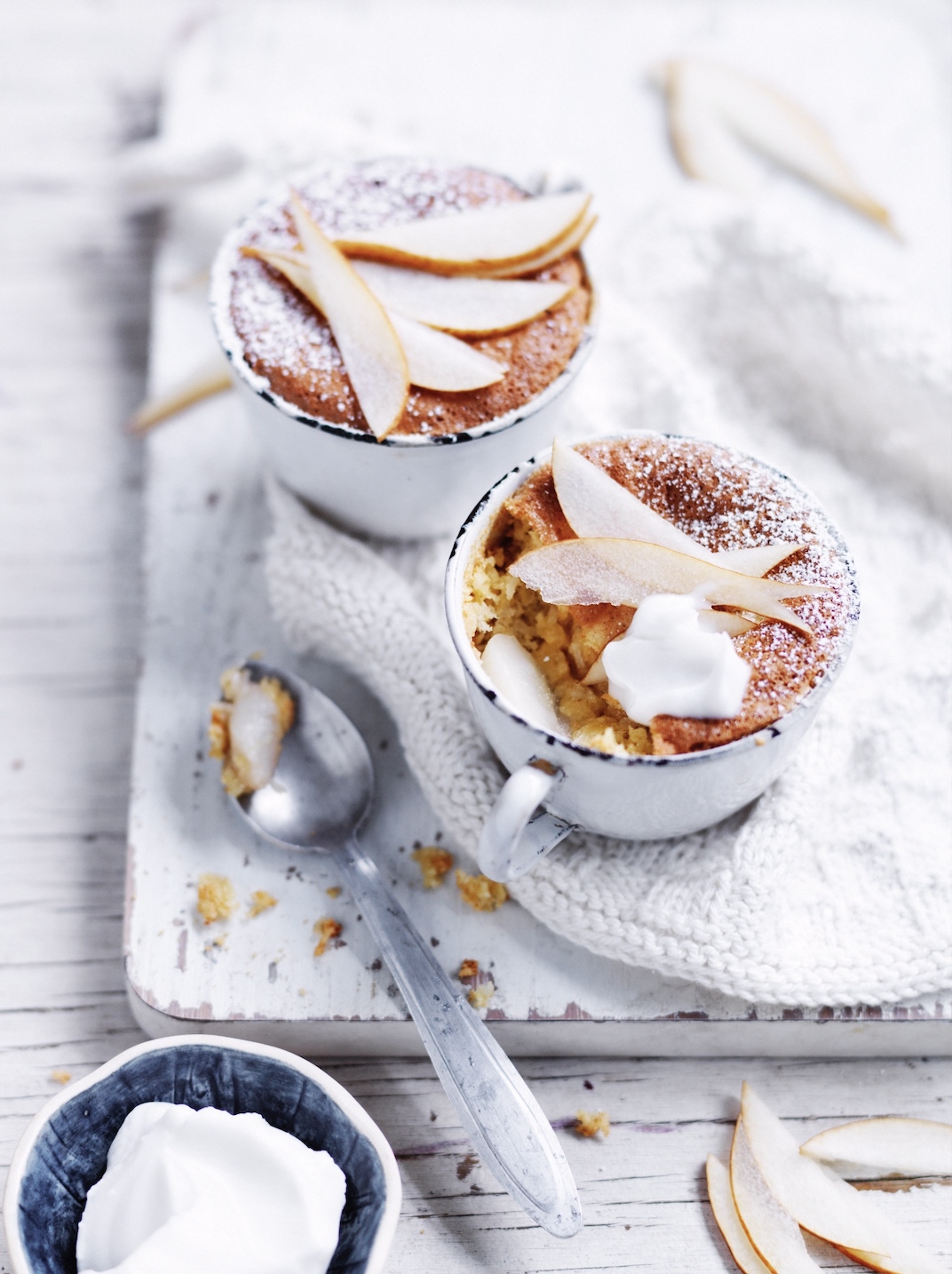 Who says pudding can’t be eaten for breakfast? It’s just fruit and yoghurt after all…with a fluffy lemony cake in between.

PEEL, core and quarter 4 of the pears. Combine the quartered pears, ¼ cup caster sugar, the water and cinnamon in a pot and cook, covered, over medium heat for 5 minutes or until pears are tender. Discard cinnamon and spoon pear into dishes.

BAKE puddings for 15 minutes or until browned lightly.

Tip:  Small oven-safe bowls are the best dishes to use for this recipe as you can serve them straight out of the ‘baking dish’ as pretty individual servings. Large enamel cups also work wonders.