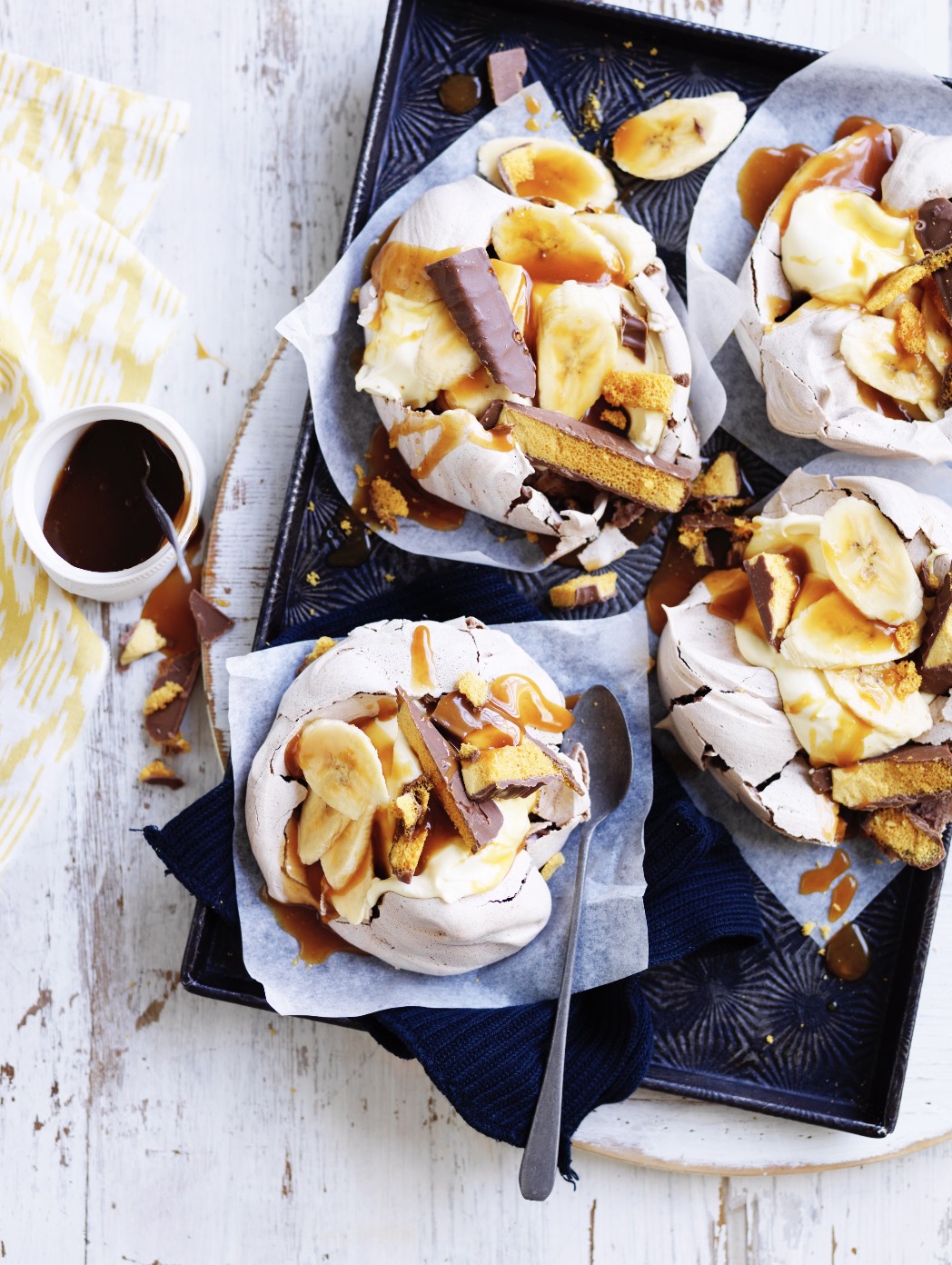 A playful spin on the classic version, could these little pavs be any sweeter?

BEAT egg whites, icing sugar and water in a bowl with an electric mixer for 10 minutes or until firm peaks form.

SIFT cocoa on to the meringue mixture and fold through. Drop four equal amounts of mixture on to the tray. Use the back of a spoon to create a well in the centre of the mounds. Bake for 25 minutes or until firm to touch.

HEAT caramel sauce according to directions on the packet.

TIP: Make this into an Eton mess by crushing the meringues and folding through whipped cream. Then add your favourite toppings!

TIP: Keep that pav popping It is important to add the sugar one spoon at a time and to beat for a minute or two in between each addition. This will allow the sugar to dissolve and result in a crisp, hard outside with a soft, pillowy inside. Be careful not to overbeat the egg whites before adding the sugar as they may lose their structure and result in a weeping meringue. Whip the egg whites on a max of medium-high and stop when the sugar has dissolved and the meringue looks glossy. Press a little mixture in between your fingertips and rub together – there should be no grainy feel, only smooth.