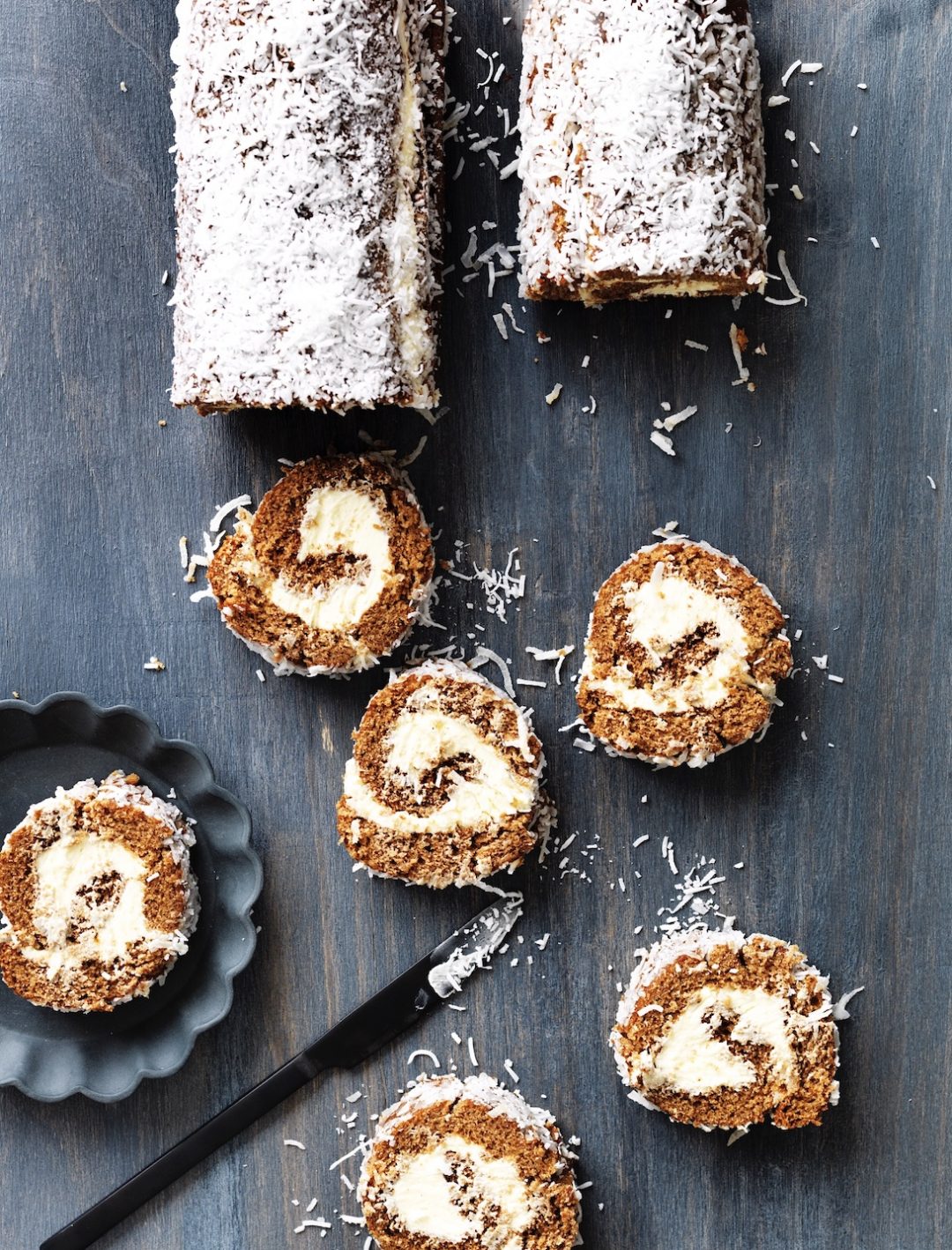 Did you know that Ermine frosting is an old-fashioned boiled icing made by thickening milk with flour, then beating it into what is essentially a buttercream.

PREHEAT oven to 180°C. Grease a 25 cm x 30 cm swiss roll tin and line the base with baking paper, extending the paper 5 cm over the long sides.

BEAT butter in a small bowl with an electric mixer on medium speed for 2 minutes or until smooth and creamy. Gradually beat in golden syrup. Beat in eggs, one at a time. Fold in sifted flours and spices.

WORKING quickly, combine bicarb and the boiling water and stir into the batter. Spread mixture into the tin.

BAKE for 18 minutes or until the cake springs back when pressed lightly in the centre with your finger.

PLACE a piece of baking paper, cut just larger than the pan, on the bench. Sprinkle with dessicated coconut. Immediately turn the cake onto coconut-covered baking paper and peel away the lining paper. Using paper as a guide, gently roll up cake from a short side and place, seam-side down, on a wire rack. Cover with a clean tea towel and cool.

Ermine frosting Place flour in a small pot and gradually whisk in the milk. Bring to the boil, whisking constantly. Whisk over medium heat for 4 minutes or until a very thick paste forms. Remove from heat and stir in vanilla. Cover the surface with cling film and cool.

BEAT butter and sugar in a bowl for 5 minutes or until light and fluffy. Gradually beat in the cooled milk mixture, beating until the mixture resembles whipped cream.

UNROLL cake carefully and spread with ermine frosting. Roll up firmly from the short side, using paper as a guide. Cover with cling film and refrigerate for at least 1 hour before serving.