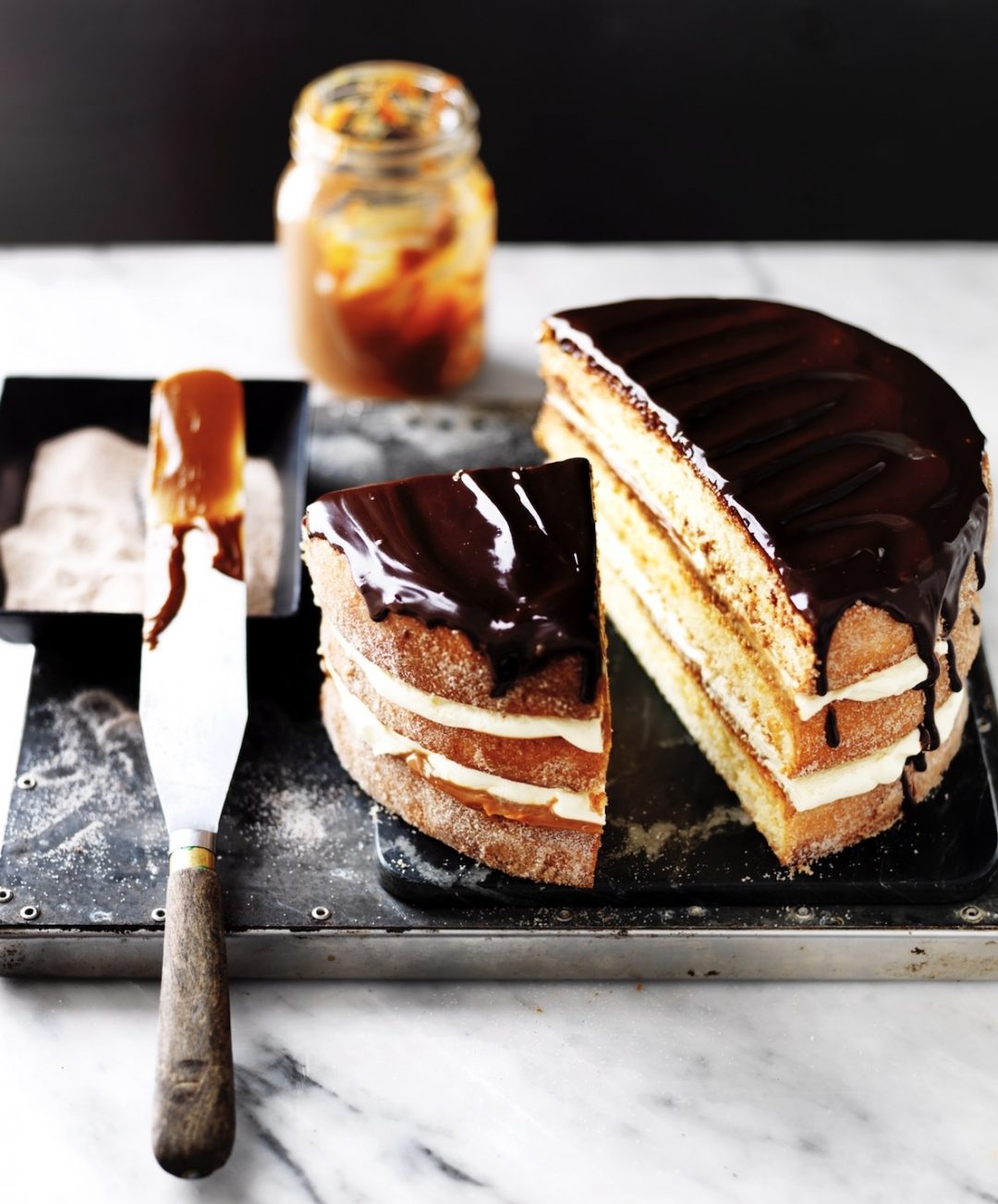 Inspired by the flavours of the Spanish dessert churros – the  sides of our feather-light sponge  are rolled in cinnamon sugar and filled with a thick caramel and cream, then crowned with a  dark-chocolate ganache.

BEAT eggs in a large bowl with electric mixer for 30 seconds or until foamy. Add sugar, then beat for 5 minutes or until pale and thick. Beat in vanilla.

TRANSFER mixture to a large bowl. Gently fold in the sifted flours.

HEAT milk and butter in a small pot over low heat, until butter melts.

BAKE cakes for 35 minutes or until golden brown and cakes spring back when pressed lightly with your finger in the centre.

COMBINE extra sugar and the cinnamon in a small bowl. Sprinkle half on a large rimmed plate. Sprinkle three sheets of baking paper evenly with the remaining cinnamon sugar.

TURN the hot cakes onto cinnamon-sugared paper. Cool for 10 minutes. Brush sides of warm cakes with extra melted butter and roll in cinnamon sugar on the plate to coat sides.

SPRINKLE any leftover cinnamon sugar over the top of cakes. Cool cakes on wire racks.

Heat cream in a small pot until almost boiling. Add chocolate, then remove from heat. Stand for 2 minutes. Stir until chocolate is melted and the mixture is smooth. Cool for 20 minutes or until the mixture has thickened.

BEAT heavy cream in a small bowl with an electric mixer until firm peaks form.

PLACE one cake layer on a cake plate, sugared-side up.

SPREAD with half the dulce de leche, then half the cream. Repeat layers, finishing with cake.

SPREAD ganache over the top of the cake, allowing it to drip down the sides slightly. Serve and enjoy.