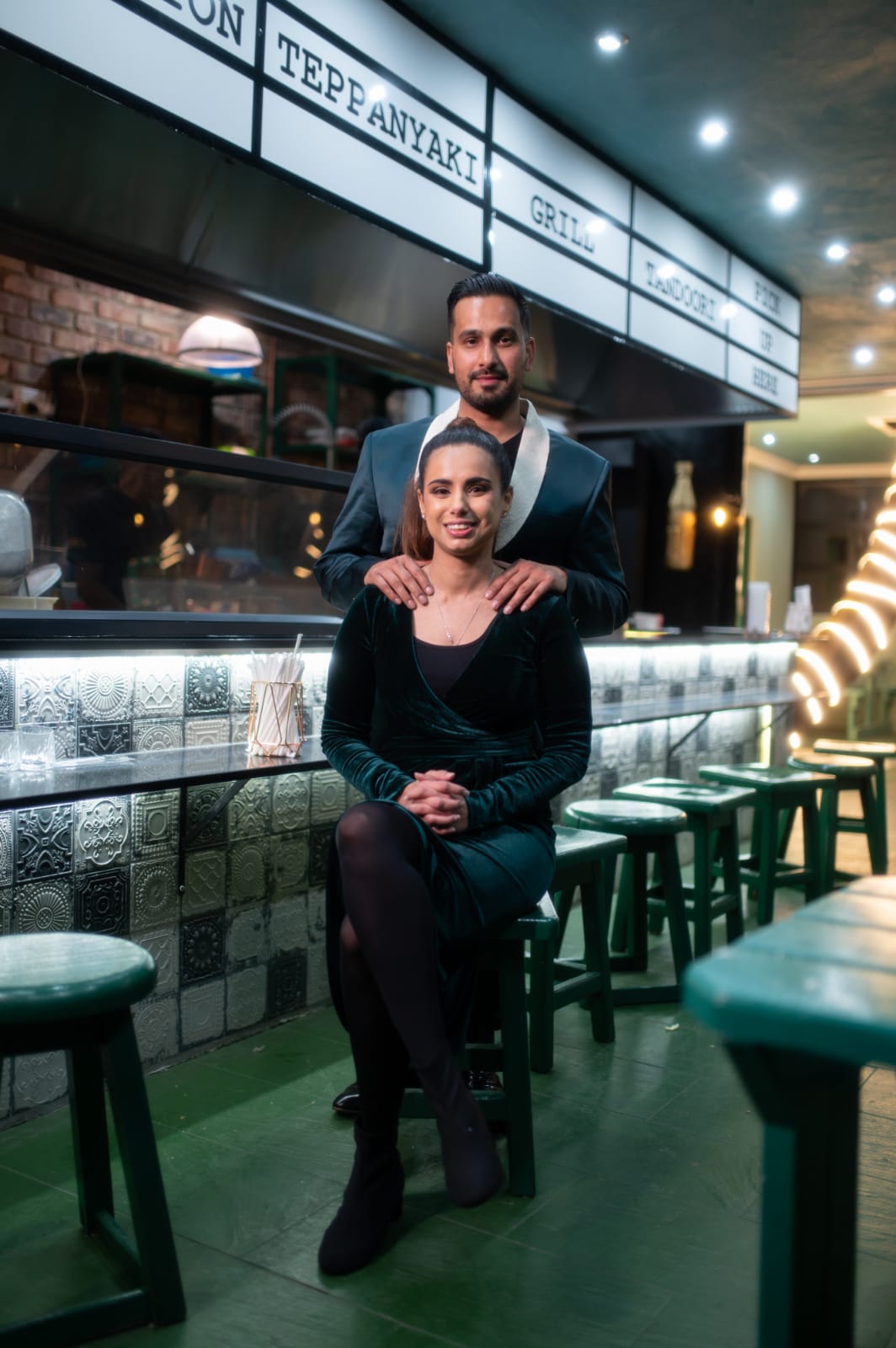 The ribbon has been cut on young chef Chef Naadhir Gattoo’s new Johannesburg dining establishment – only this time, the Jasmin Fusion mastermind has combined forces with his wife Shouneez to offer a trio of different options.

Gattoo’s popular Halaal fine dining Jasmin Fusion restaurant was previously at The Marc, and closed down during the pandemic. The enthusiastic chef did not let this dampen his spirits, and survived doing pop-ups at private homes, mostly of his own supportive Muslim community.

Back on the scene

Now he is back, with three new ventures at 4 Hill Street, Morningside, jointly operated by himself and Shouneez and a small army of kitchen staff. Jasmin Fusion returns as a 40 to 60 seater fine dining restaurant and inter leads to Dolce Mercata, a breakfast and patisserie store, prettily decorated with hanging plants and Parisian-themed wallpaper. Here pastry chef Shouneez and her team whip up everything from tiramisu to macaroons and saffron and pistachio cakes. The coffee machine hisses as the baristas whip up delicious cappuccinos and lattes, with the requisite almond milk on standby for Morningside’s yummy mummies who might stop in on their way home from yoga. 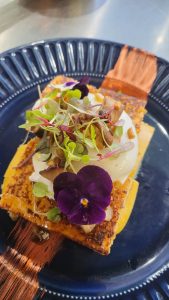 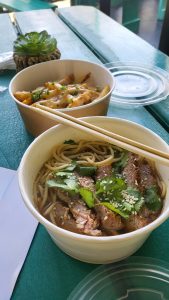 And in something completely new for the area, Mercata Del Gusto, in the same row of restaurants, offers what the pair describes as “premium street cuisine”. The options are all available for take-away or sit down include steamed dumplings, Korean style stuffed bao buns, fusion tacos, loaded fries with cheese sauce, a ramen broth bowl with protein of your choice. At the recent launch, we tried the lamb samp, slow cooked lamb shank meat served with samp, and the West Coast waffle, tender deep fried chicken served on their signature waffle. Definitely comfort food for winter! One comment from guest Mumtaaz Amod was that the lamb dish “tastes like Eid” – a sure-fire winner. We were also served a curried butternut soup on arrival, which was quite on the spicy side but creamy and delicious. I’m not a fan of single use plastics, so perhaps Mercata Del Gusto could offer regular cutlery to sit-down diners.

Naadhir and Shouneez describe the restaurants as a fusion of flavours which have inspired them on their travels. “You will definitely find dishes from the sub-continent which are part of our heritage, but that won’t stop us including American or Asian flavours as well,” Naadhir said.

Family and friends as well as regular customers turned out for the launch on a chilly winter’s evening, and kudos must go to the couple for their determined efforts – first trying to run a restaurant during the pandemic, and then getting their new venture up and running during a bout of loadshedding. But if their enthusiasm is anything to judge by, this is one spot to watch!

Written by Lauren Cohen for Food&Home 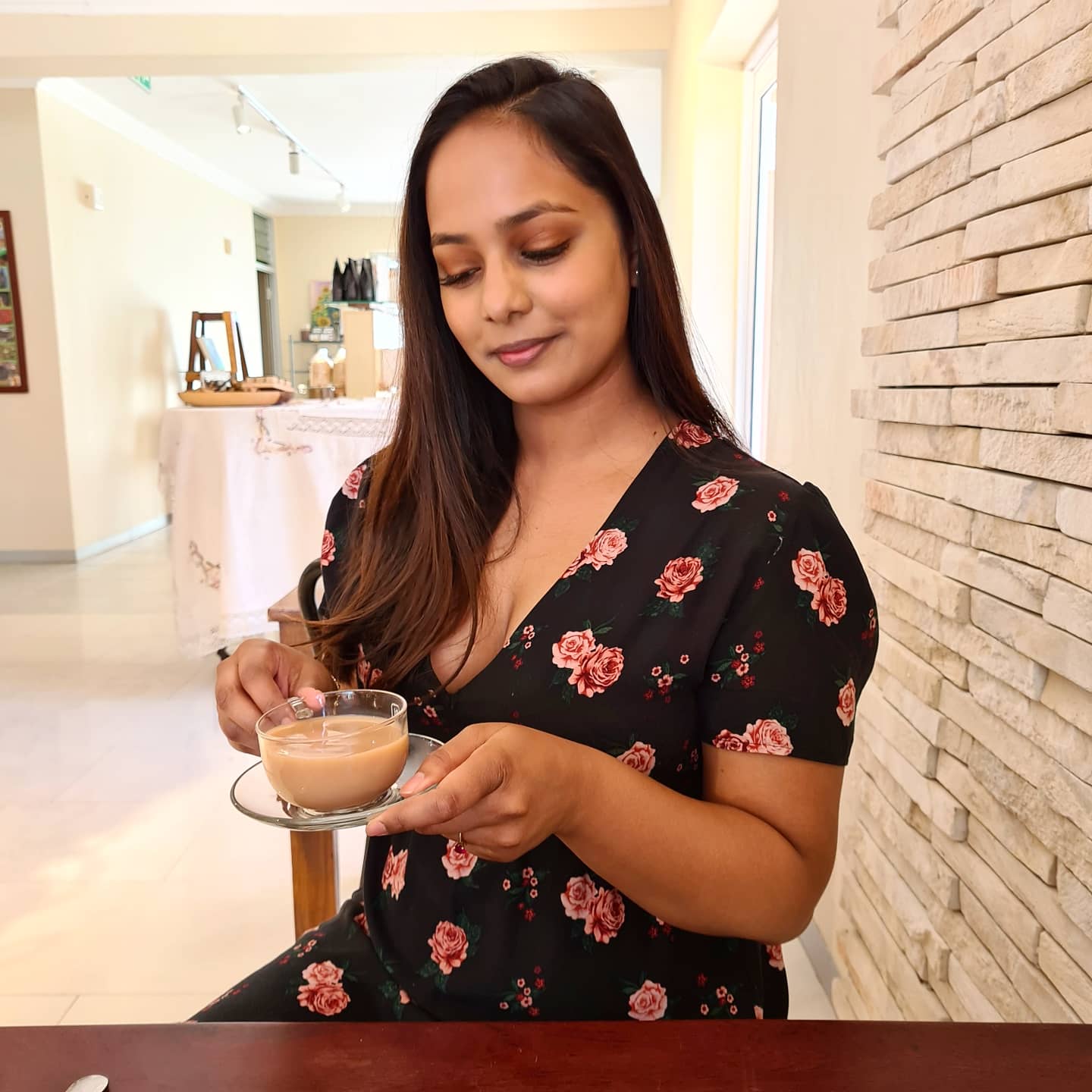