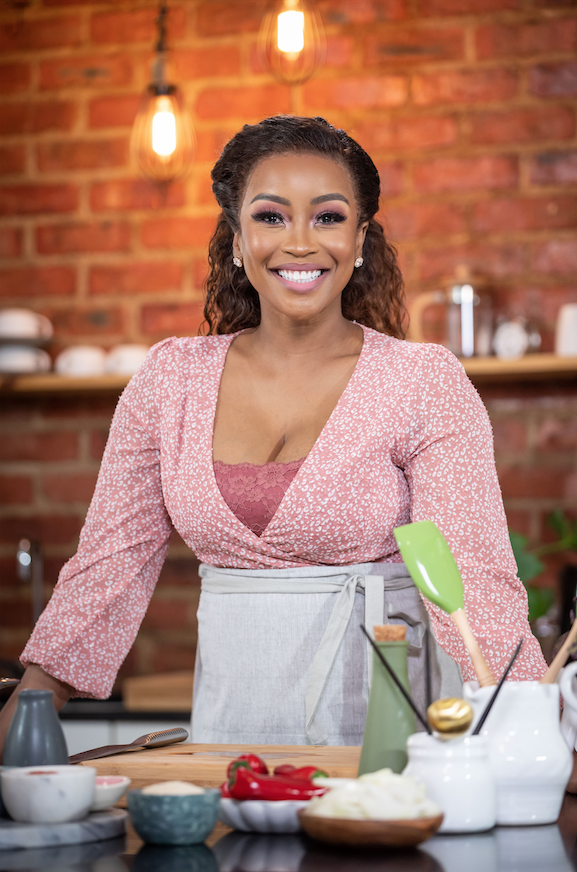 What was your inspiration behind doing the show?

I love cooking, I love South Africa, we have an incredible country with the most incredible chef and the most amazing produce. You travel the world and people tell you about how great our meat is, how amazing our wines are and how incredible our people are and I was number 1 in line to create a show that celebrates all of that and be there to support it.

I don’t think there has been a show with this kind of format before. There are tons of great shows about chefs in the kitchen cooking and shows about farmers and producers but we’ve never had a show that celebrates it top to tail. A show that says “this is how cheese is made, this is how it is packaged and how it ends up on a plate”. It also brings in the commercial restaurant chef and the entire ecosystem of food and the food culture in this country. For me, this is just so exciting on its own and if you’re a foodie or just loves how beautiful our country is, there’s something for you.

What’s your absolute favourite place to visit in SA specifically for the food?

Definitely the Western Cape. If I lived here, I would be overweight. Just because of the variety and vastness of culinary diversity. There are so many different restaurants. For a trendy or vibey spot, I would say Jozi. What I love about the show is that we touch on every bit and celebrate everything like the chefs, restaurants, producers and produce.

What has your fondest experience been on the show?

I would say going to Paternoster and cooking with chef Adele from Oep ve Koep which is the sister restaurant of Wolfgat. And just having foraged goods in a dish was incredible. She made the most amazing dish with kelp and sea pumpkin and dune spinach and I’ve never had any of these things before which was amazing. I also enjoyed meeting chef Charné from Epiece which is part of the La Colombe group. She is incredibly talented and I think he is going to be the top female chef in this country soon. And she’s young, she’s 26 so that was pretty dope! Everyone had a little story that touched me. For me, as somebody who cooks as well, it has been such an enlightening, learning experience that has been a delight.

What did you try on the show that you never had before?

There was a fruit that tasted like banana, caramel and marula – a monkey apple. The foraged fynbos episode which was foraged that morning was lovely and I definitely had little moments throughout the show where I couldn’t believe that I got to taste things that were so good.

You mentioned that a lot of the chefs had very nice stories, do any of them stand out for you?

Definitely, we did a guy called Themba who I actually met on Top Chef South Africa. He creates such incredible food. There was also a chef in Mpumalanga who was so incredible, Charné from Epiece and of course, Adele in Paternoster. I also really enjoyed a chef in Graaf Reinet where we had the most amazing lamb roast. Everyone enjoyed that – even the crew!

What is your favourite South African dish?
I don’t really have one, I just like to eat food (laughs). I always struggle to figure out what is South African and what isn’t because food is so intertwined.

When did you know that food was something that you wanted to do and how did you get into it?

When I was a Top Billing presenter I got to do a lot of the food stories which I really enjoyed. I then was a contestant on Masterchef and got to the top 6. I remember leaving the competition thinking that I had so much fun and that I really wanted to do that. I then hosted a couple of events called “Cooking with Lorna and Friends” and then I hosted Top Chef South Africa before getting a show on SABC 3 and from there worked with a lot of food brands and finally got this show. I definitely can’t imagine doing anything else. I find food very therapeutic just getting into the kitchen and cooking for myself is very calming and relaxing – especially when I am feeling distant from myself. Cooking is my happy place.

It’s so crazy how people used to travel for the Eiffel Tower or various monuments now people travel for food and to try specific restaurants. It’s on my bucket list to travel the food and eat – I really want to go to Peru for the food and just to indulge.

What has your experience been like filming during covid?

It was so difficult and tough. I was constantly paranoid but lucky we’ve been really good with everyone getting tests. It’s been nerve-wracking but it worked out well.