Home » On shelf » SA talent making the country proud at the Grand Finale of the S.Pellegrino Young Chef Academy Competition 2021 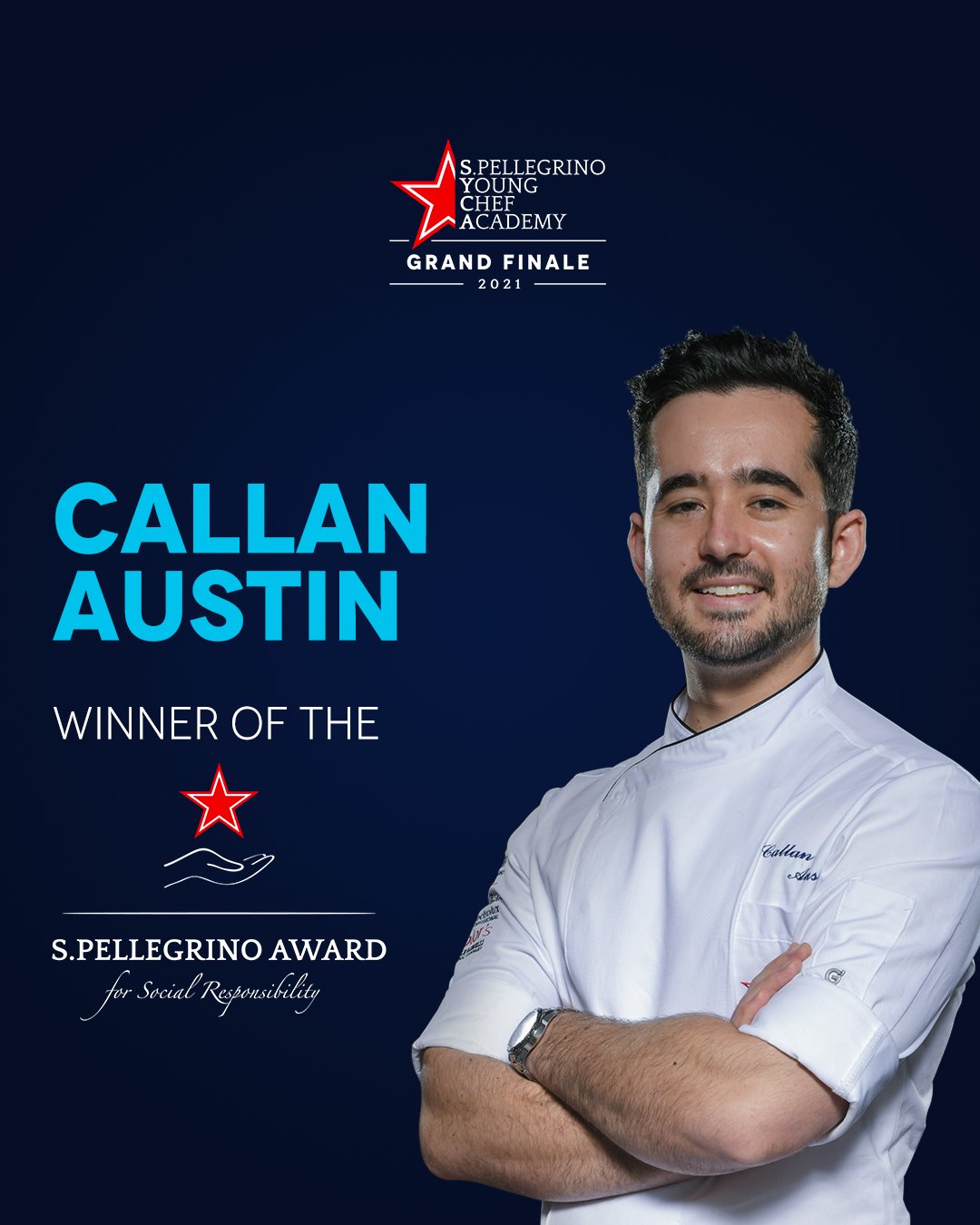 Callan Austin from South Africa wins 1 of 4 global titles awarded at the Grand Finale of the S.Pellegrino Young Chef Academy Competition 2019-21 in Milan on 30th October.

When the winners were announced at the long-awaited Grand Finale of the S.Pellegrino Young Chef Academy Competition 2019-21, two of the chefs from Africa & Middle East won in the categories of S.Pellegrino Award for Social Responsibility & Acqua Panna Award for Connection in Gastronomy, the whole team celebrated with great jubilation. “To have two winners from our region is spectacular,” says Ania Odyniecka, National Sales and Marketing Manager for S.Pellegrino & Acqua Panna in South Africa, “it highlights that we’ve got an incredibly strong and culturally diverse region. I’m very proud of them, they did a phenomenal job.” 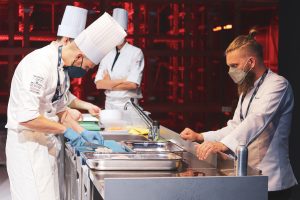 Callan Austin from South Africa won the S.Pellegrino Award for Social Responsibility with his dish ‘The Ghost Net’, a complex seafood dish highlighting the pollution plight of our oceans. “It’s been a privilege to be a part of such an internationally recognised competition,” he says. “Being picked from a group of incredibly talented chefs with forward-thinking ideas on sustainability is a huge feather in my cap and a testament to South Africans that share the same vision. I hope to share my story back home, encouraging chefs and the public to be more socially responsible.”

Elissa Abou Tasse from Lebanon won the Acqua Panna Award for Connection in Gastronomy with her dish ‘Adam’s Garden’ using almost forgotten local ingredients and cooking over fire. She could not attend the Grand Finale in person due to travel restrictions and watched the live stream at home. “It’s the olive harvest in Lebanon and all my family from abroad came to help. We were having dinner together when my award was announced. I screamed with joy – we made so much noise that the Lebanese Red Cross came, thinking something tragic was happening!”

The question often asked – what is the prize for winning the S.Pellegrino Young Chef Academy Award?. “The focus of the competition is more about networking and creating industry connections at the event,” says Ania. “This experience provides opportunities for the chefs that they can build on, as also highlighted by previous winners who spoke at the Brain Food forum, sharing their journeys after competing in earlier editions, it was really wonderful to hear.” 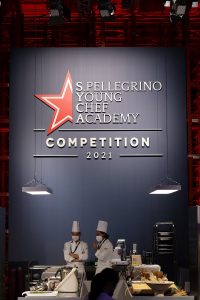 Callan named the networking opportunities from the event as a highlight, “Connections with the other young chefs and listening to their thoughts about our industry was inspiring. And I got to discuss important topics with some of my chef idols, such as Massimo Bottura, Clare Smyth and Virgilio Martinez.” Ania adds, “This networking gives the young chefs so many opportunities to further their careers and gain those friendships. With these connections they could then host future pop-up restaurants as they travel the world and experience different countries’ cultures and cuisines.”

The four-day programme added to the overall learning experience, with various workshops followed by the Brain Food forum led by Massimo Bottura. Callan took part in a workshop on sustainability led by Food Made Good, which equipped them with new insights, he says, “Lucia Perasso taught us how to evaluate any dish and give it a sustainability score. It was a real eye-opener to how quickly a chef can make small mistakes on the path to sustainability.”

What’s next for Callen? He plans to use his win to do good back home. “Coming back to South Africa with this award gives me the tools necessary to push the sustainability movement in our country. With backing from a renowned international organisation, I’ll be able to execute my ideas much quicker. I don’t see this as a win for Callan Austin as much as a win for South Africa.”