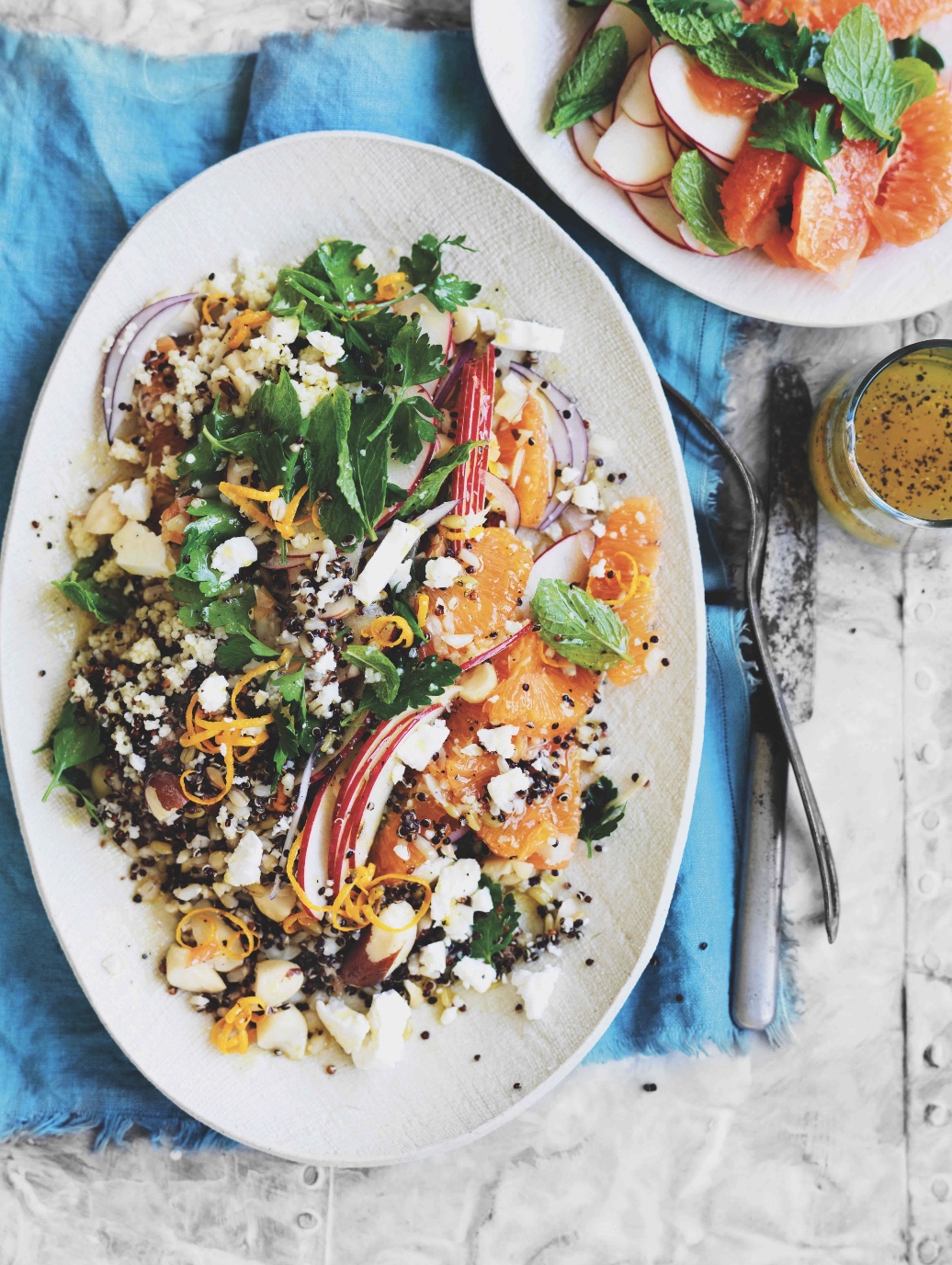 This satisfying salad uses different types of grains for both taste and texture, but if you don’t have some of the varieties, just double up on the ones you do have.

PLACE quinoa and the cold water in a pot and bring to the boil over a medium-high heat. Reduce the heat and simmer for 15 minutes until most of the water is absorbed. Remove from the heat, cover and allow to stand for 5 minutes.

MIX couscous and boiling water in a heatproof bowl. Cover and allow to stand for 5 minutes or until liquid is absorbed, fluffing with a fork occasionally.

COOK barley, freekeh and rice in a pot of boiling water for 25 minutes, until tender. Drain and rinse under cold water. Drain well.

REMOVE rind from oranges with a zester (see tip) and cut the top and bottom from each orange. Cut off the white pith, following the curve of the fruit. Hold the fruit over a bowl to catch the juices and cut down both sides of the white membrane to release each segment. Reserve juice.

TOSS all grains, rind and orange segments in a large bowl along with the apple, onion and herbs. Season with salt and pepper.

WHISK oil and reserved orange juice together in a bowl, then season. Drizzle dressing over salad and toss with half the feta.

SERVE salad on a platter topped with brazil nuts and remaining feta.

TIP: Freekeh is an ancient grain (roasted young wheat) that is often used in North African cuisine. Make this dish your own by adding any type of citrus zest to it.