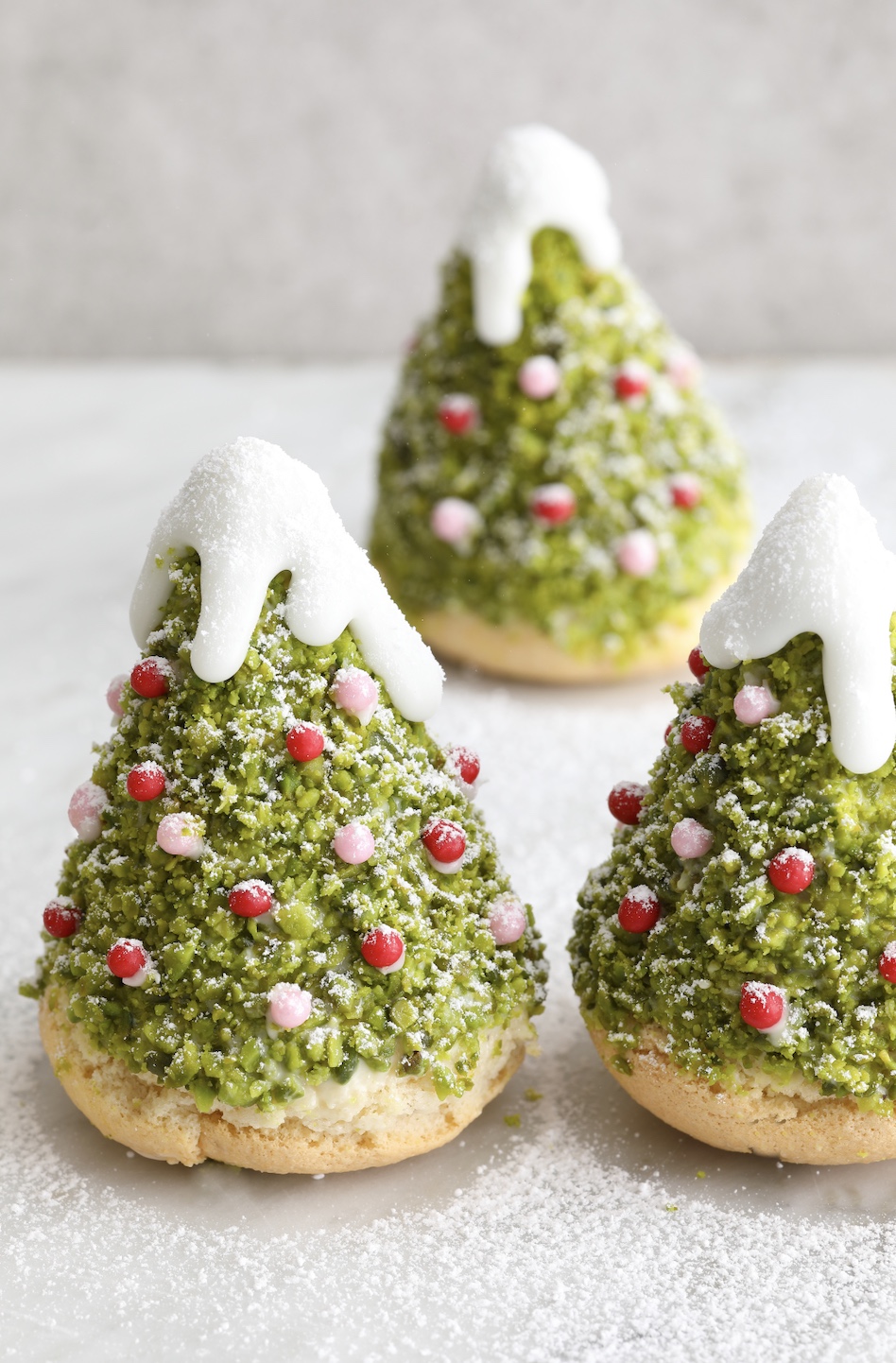 You’ll have a tree-mendous Christmas with these easy tree-shaped treats!

CUT out 12 rounds of baking paper, fashion into cones and place in the holes of an ovenproof (silicone) cone mould.

COMBINE the flour, almonds, and half of the sugar in a mixing bowl, stir well and set aside.

BEAT the egg whites with the cream of tartar and salt to soft peaks in a grease-free mixing bowl.

BEAT in the remaining sugar until the mixture is thick and glossy. Whisk in
the vanilla essence and egg yolks and gradually beat in the flour mixture to make a smooth batter.

BAKE in the oven for 20 minutes until a skewer inserted comes out clean.

REMOVE from the oven and let cool in the mould. 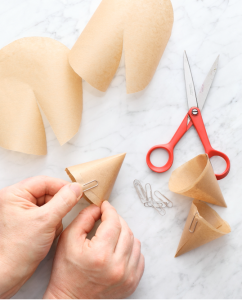 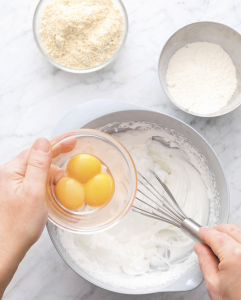 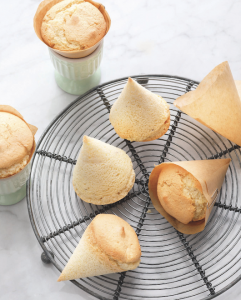 Turn out the cakes from their moulds and invert onto a clean work surface. Using a pastry brush, brush them with melted white chocolate before rolling them in a shallow dish of the pistachios.

MIX the icing sugar in a mixing bowl with enough hot water to make a thick, spoonable icing.

SPOON into a piping bag fitted with a small round piping tip and pipe icing on top of the ‘trees’. Decorate with edible red and pink balls or any other decorations of choice.

TIP: For a filling surprise, pop a bit of berry coulis or some dark chocolate into the centre of the raw batter before baking, creating a surprise filling for your festive Christmas trees. 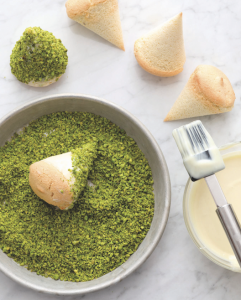 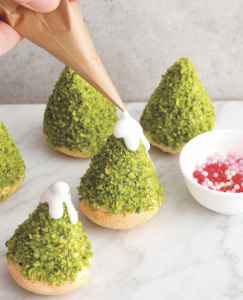