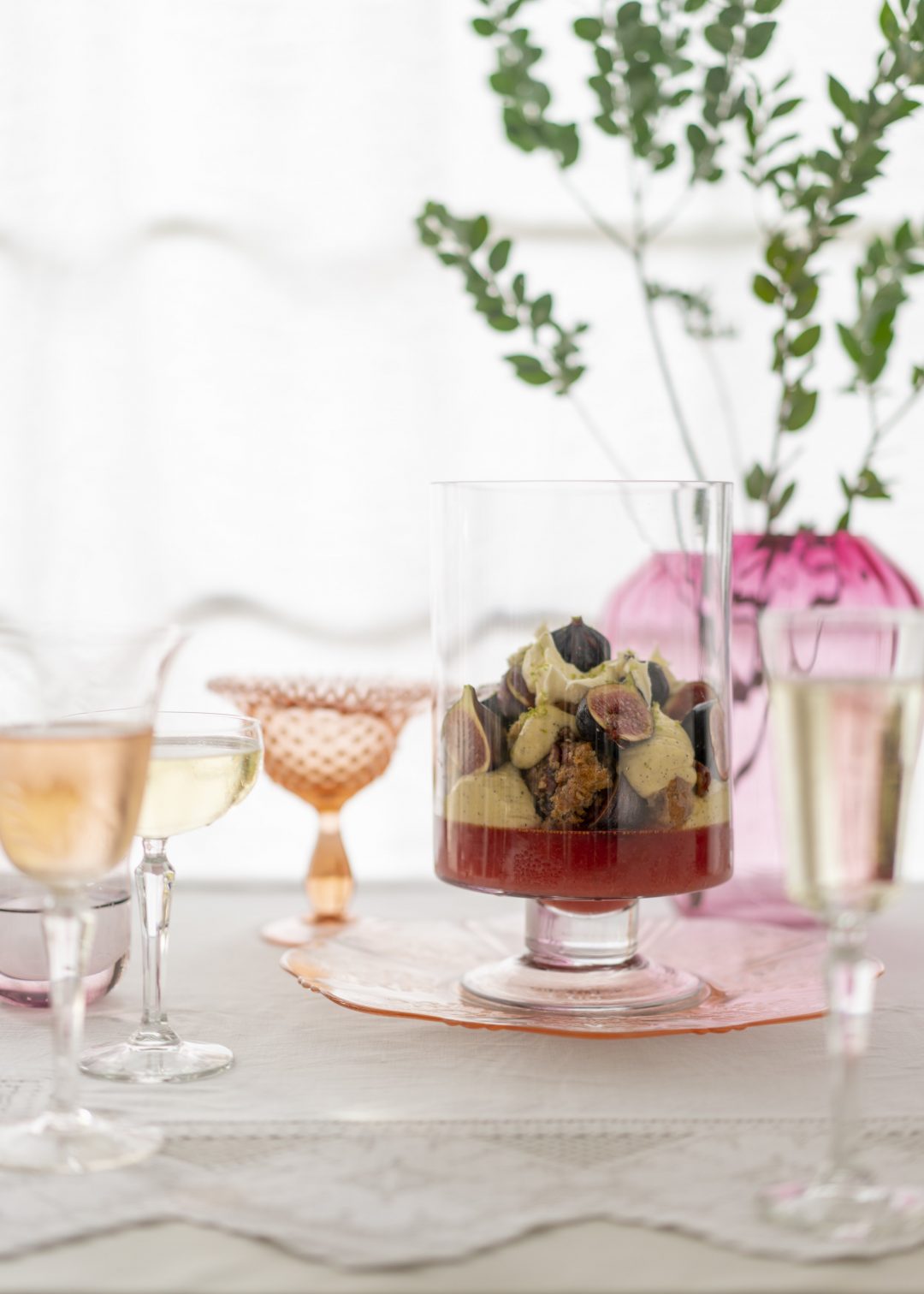 Speculaas are thin, spicy Dutch Christmas biscuits. Our recipe flavours the sponge cake with speculaas spice. It’s a wonderfully rich and spicy trifle, just as a trifle should be.

1. Preheat the oven to 180°C. Grease and line a baking pan with baking paper. Sift the five spices and the sugar together, and mix with the vegetable oil, egg and vanilla seeds until well incorporated. Mix in the sour cream.

2. Sift half the flour, the baking powder and the salt into the mixture and beat on low speed while adding half of the milk. Mix until the flour starts to incorporate. Sift the remaining flour and add to the mixture, still beating at low speed, then add the remaining milk.

3. Toss the pecans in flour to prevent them from sinking to the bottom of the pan when baking and add them to the batter. Pour the batter into the prepared baking pan and bake for 30 minutes, or until golden brown. Remove from the oven and leave to cool. Slice the sponge into fingers.

1. Mix the yolks, cornflour, 25 ml milk and 20 g castor sugar until incorporated. In a medium saucepan, combine the rest of the milk, the rest of the sugar, vanilla pod and seeds, and ginger and bring to a boil. Pour the boiling milk mixture into the egg mixture while whisking. Return to the heat and bring to a boil for 1 minute while whisking continuously. Whisk in the butter until smooth and shiny.

3. Spoon the crème pâtissière into a piping bag and place in the fridge.

1. Combine all the ingredients in a saucepan and bring to a boil. Simmer until the honey has dissolved and the mixture has reached a syrupy consistency. Remove the vanilla pod and cinnamon stick and leave to cool.

1. Dip the fig halves in the honey syrup so they’re well coated and pour the remaining syrup over the sponge fingers. Pipe a layer of crème pâtissière onto the set fig jelly and top it with syrup-drenched cake and figs.

2. Spoon dollops of mascarpone on the top of the trifle.

Posted with permission from: tashas Inspired: A celebration of food and art

For more information, go to www.tashascafe.com