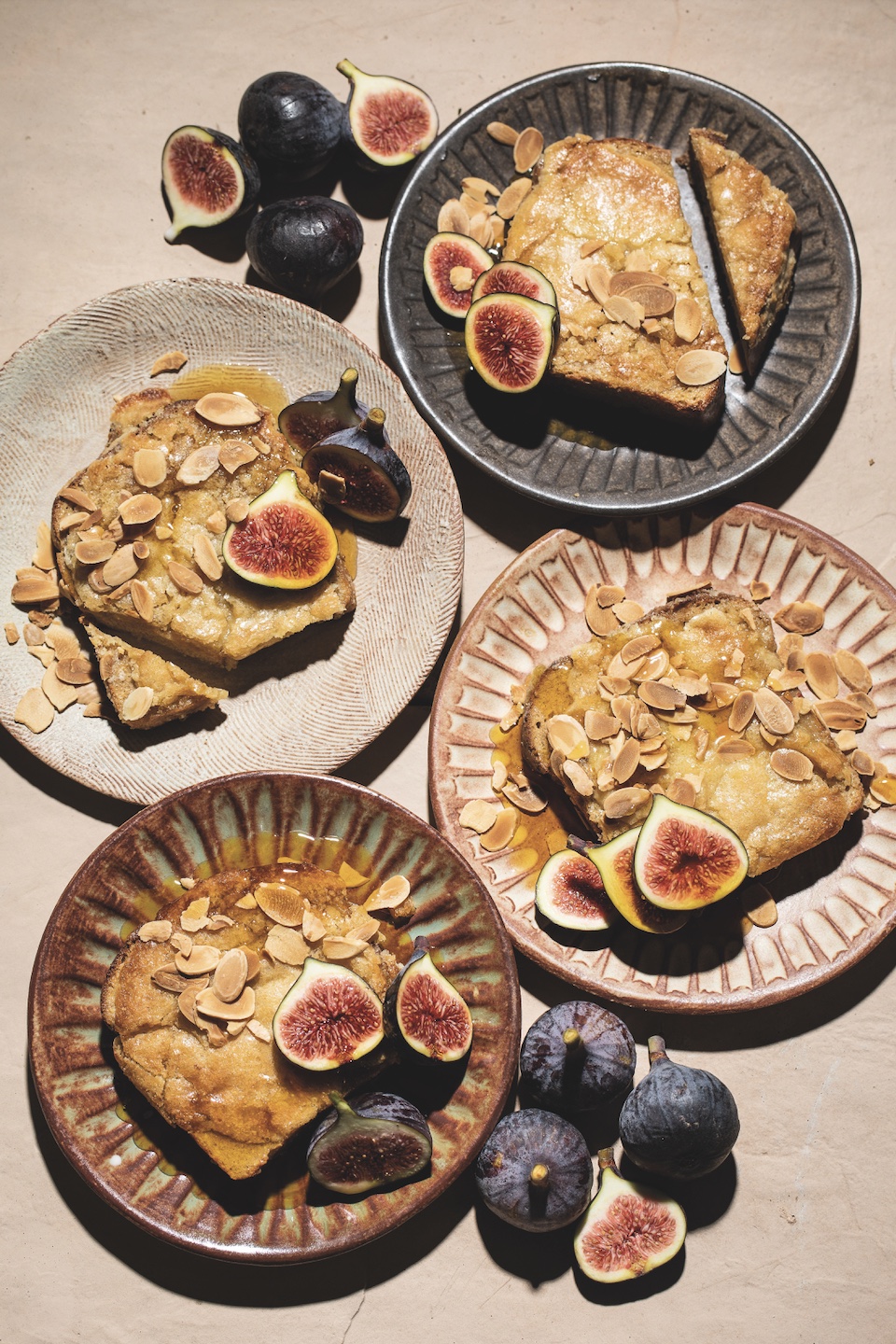 This Sunday breakfast classic is made even more irresistible with an indulgent topping of sweet, buttery almond past.

BEAT butter until pale and creamy. Gradually add the ground almond mixture, beating until well incorporated. Slowly pour in the egg mixture and beat until combined.

To assemble Preheat oven to 180ºC. Line a baking tray with foil.

WHISK egg and milk together in a shallow dish. Dip both sides of the bread slices in the egg mixture until well soaked, but not soggy. Transfer to the lined baking tray. Spread each slice with the almond mixture.

BAKE for 12-15 minutes until golden, keeping an eye on the colour as it can quickly over brown.

TOP French toast with almond flakes and a dusting of icing sugar. Serve alongside fresh figs.

TIP:  If the frangipani mixture looks like it’s curdling, mix in a bit of plain flour until the texture is smooth again.