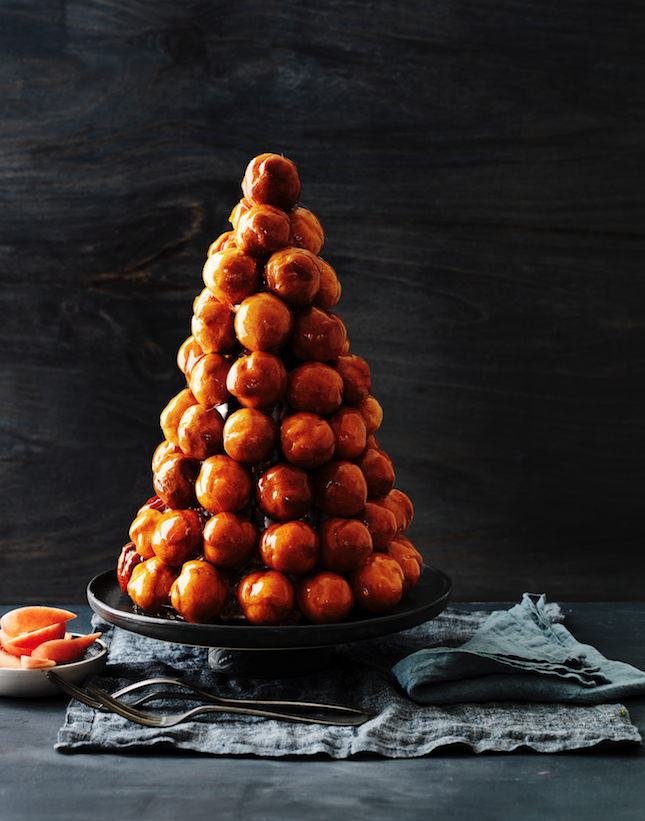 This quintessentially French classic peach and toffee croquembouche has been given a delightful twist with a tipsy peach crème patissière.

COMBINE milk, cream and lemon rind in a large pot and bring to a simmer. Remove from the heat and allow to stand for 5 minutes, then remove the rind.

BEAT egg yolks in a large bowl using an electric mixer. Add the flours and sugar and beat for 2 minutes or until thick and creamy. Place the mixer on low speed and gradually beat in the hot milk mixture. Return mixture to a large clean pot and stir constantly over medium-high heat until the mixture bubbles and thickens.

STRAIN through a fine mesh sieve into a heatproof bowl, cover the surface with cling film and refrigerate for 20 minutes.

BLEND or process peaches and liqueur until smooth and strain into a bowl. Add peach puree to crème pâtissière and whisk to combine. Cover the surface with cling film and refrigerate for 3 hours or until cold.

1. PLACE water and butter in a large pot and bring to the boil. Remove from the heat, add flour all at once and beat with a wooden spoon until the mixture comes away from the base of the pot and forms a dough. Transfer to the large bowl of an electric mixer and spread the pastry thinly up the side of the bowl. Cool for 5 minutes. With the mixer on medium speed, add the eggs, one at a time, beating after each addition until the mixture is glossy and smooth. 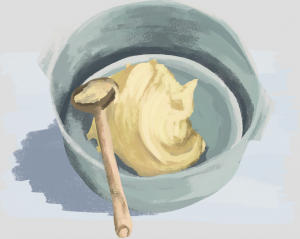 2. SPOON choux pastry into a piping bag fitted with a 1.5 cm round nozzle. Twist the bag at the top to create a seal and then pipe 2.5 cm rounds, about 4 cm apart on the prepared trays. Use a damp finger to flatten the peaks, then sprinkle puffs lightly with a little water. 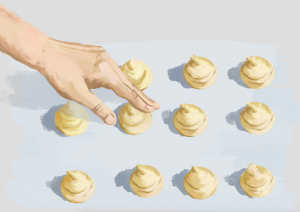 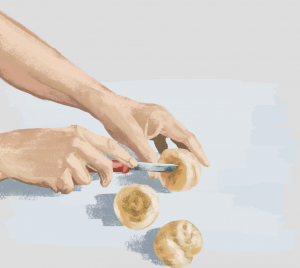 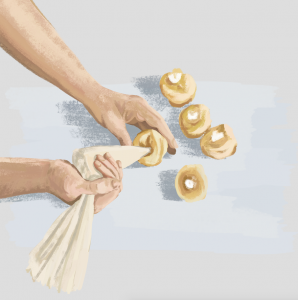 STIR half the sugar and half the water in a medium pot over low heat, without boiling, until sugar dissolves. Bring to the boil and cook, without stirring, for 12 minutes or until golden around the side of the pan. Remove from the heat and swirl the pan until toffee is evenly coloured.

DIP puffs, carefully, one at a time, into the toffee and place on a baking paper-lined oven tray.

REPEAT cooking process in a clean pot with remaining sugar and remaining water but do not dip the puffs.

GREASE the outside of a 20 cm wide, 25 cm high croquembouche mould with butter. Dip base of toffee-covered puffs into the second batch of toffee and, starting at the base, stick them to the mould, and each other. Continue dipping and stacking puffs to make a cone shape.

WORKING quickly, dip a metal fork into the remaining toffee and lightly drizzle thin strands of toffee over the croquembouche.