Voted as a top 20 culinary destination, Kurland is an oasis on one of the country’s most scenic coastlines. Leon Coetzee is the chef behind this gourmet gem.

This part of the coastline must be South Africa’s best-kept secret, with chefs that rival their big city counterparts. Despite the über luxury and moneyed playground setting, Kurland is a far cry from the mink and manure set I imagined meeting on a polo estate. It’s a family owned farm steeped in history and owner Peter Behr is also its welcoming, hands-on general manager.

The lush farm is an oasis from city madness and, although it is popular with the foreign market, the boutique hotel is also reasonable enough to attract a regular local clientele. Executive chef Leon Coetzee is humble and grounded, a chef without ego or arrogance, and he inspires great confidence in the way he speaks about food. Leon is proud of the fact that he is self-taught – he learnt from those he worked with and now, at just 29 years old, he has achieved an executive chef position at a Relais & Châteaux hotel. He talks easily about his love affair with food.

Born and raised in Cape Town, Leon followed in the footsteps of a much-admired cousin, who worked as a restaurant chef and always shared his kitchen war and hero stories. In spite of his own father’s anger and disappointment, Leon left school at the tender age of 16 to seek his fortune in the kitchen. “My dad is old school,” he says. “He believed that men are not meant to be in the kitchen.”

Even after his cousin left to take up a position overseas. Leon worked at a Mediterranean restaurant before moving to a Greek and Middle Easternthemed outlet, but his big break came with the opportunity to work at the fivestar Royal Mirage hotel in Dubai, where the international cuisine standards and stakes are high.

“This really was a highlight of my career,” he says. “There were 1 500 employees and it was like being in the army – everything had to be done with military precision and to a very high standard.” He really had to sharpen his knife, he adds, after working with big names like Gordon Ramsay and Alain Ducasse.

Both of them were guest executive chefs managing large scale events at the hotel conference venues. Leon remembers being at the receiving end of a famous Hell’s Kitchen Gordon Ramsay rant – he shakes his head in shame as he admits he had cooked the quail eggs too long. But, it was all part of the life-changing three-year learning curve he had embarked on. And it only made him want to do better. “It was hectic, but I’d recommend this type of training for any young chef.

I realised what it was all about during my time in Dubai. They break you down and then build you up again.” This life experience and tough training in traditional French cooking has shaped Leon’s versatile cooking style today. “My style is not strictly French but more modern international.” He still believes in making his own stocks and sauces but has less of a heavy hand with unhealthy elements like fats and creams. “I believe in making good comforting foods, but refining them. Take oxtail for example… it is not something one really finds on a fine-dining menu, but if I cook it slowly, shred the meat and serve it in a roulade… I take the basics and refine them.”

Leon embraces the modern cook’s ethos of paying respect to the best possible ingredients, honouring local suppliers and freshness, showcasing local produce, and cultivating his own food where possible. His passion shines when he tours his kitchen garden. It’s not terribly big and quite manageable for a home cook, but each bed has been planted with care and consideration: just enough for his kitchen’s needs, and any oversupply is puréed and frozen.

Leon also supports the trend of ‘celebrating’ South African ingredients like fynbos, ostrich and rooibos. His rooibos smoked salmon is a hit on the current menu. Apart from his own interest in the vegetable garden, Leon also runs cooking courses for children staying at the hotel. The only rule is that they eat everything they pick and cook together!

He admits to harnessing his desire to experiment in the kitchen. “I love molecular cooking although one can’t serve it on a daily basis… but for a chef it is exciting.” His motto is to always be humble in his approach to food. “I don’t feel a huge need to prove myself anymore. Being a chef is about finding your own path and this is where I am…”

Leon strikes me as a chef who has really come into his own after three years at Kurland, and it’s no wonder the locals keep coming back for more. 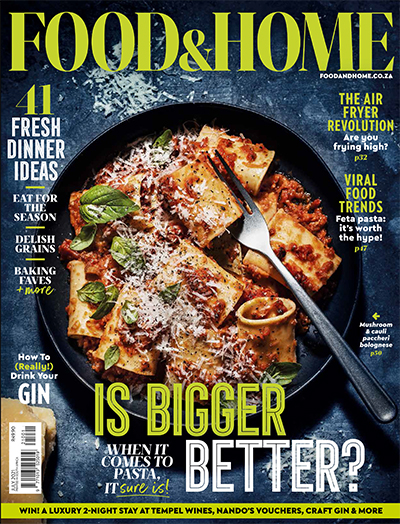