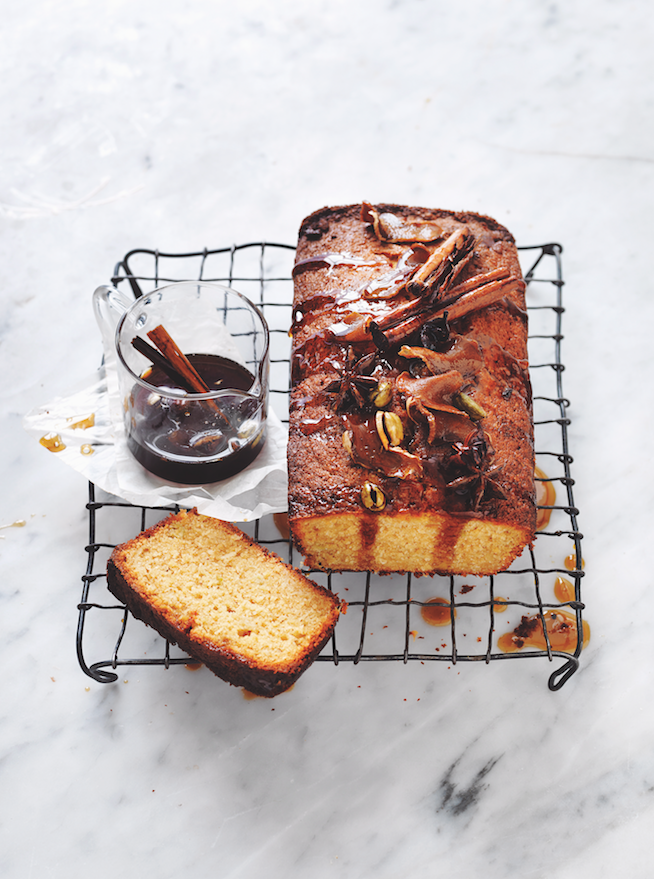 You’ve heard of a masala chai latte but have you ever thought of it a delicious cake?

For the chai syrup

PREHEAT oven to 180℃. Grease a loaf tin.
BEAT the butter and sugar using an electric beater, in a bowl until light and fluffy. Add the eggs one at a time, beating well after each addition.
FOLD in the flour, coconut, apple and yoghurt until just combined. Pour the batter into the prepared tin and bake for 1 hour, until golden.

For the chai syrup

STEEP  tea bags in boiling water for 10 mins. Press out the tea bags and discard.
POUR  the tea into a pot and add the remaining syrup ingredients. Place over a medium heat and stir until the sugar dissolves. Bring to the boil, then reduce to a simmer for 15 minutes, until the syrup thickens.
STRAIN  syrup through a fine mesh sieve and set aside.
TO ASSEMBLE allow the cake to cool for 10 minutes. Using a skewer, poke a number of holes ¾ of the way through the cake, then slowly pour the syrup over the cake and allow it to soak in.

Serving suggestion: Enjoy this cake with a dollop of vanilla ice cream or freshly whipped cream.