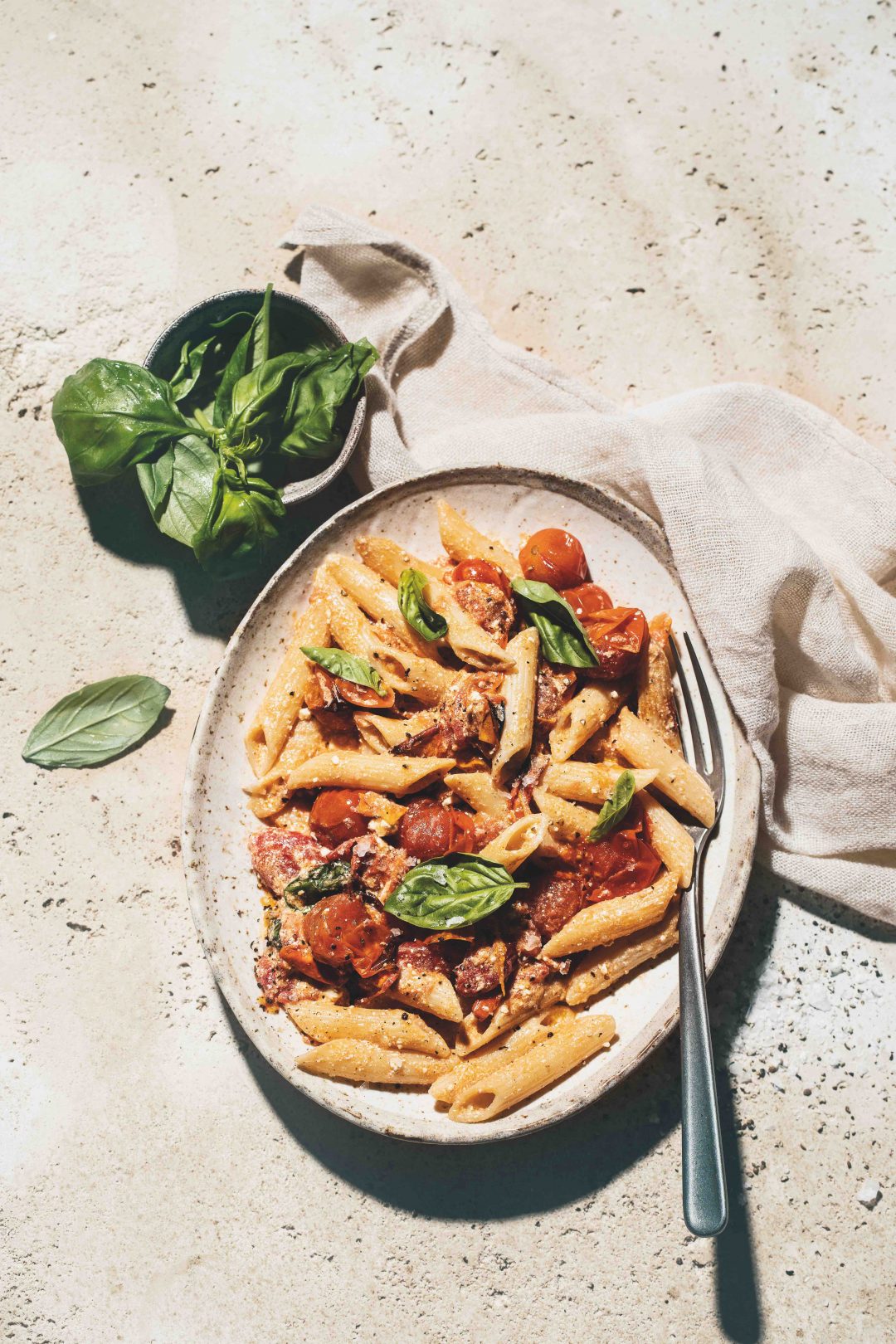 Originally called UuniFetaPasta, this simple yet deliciously indulgent dish caused a feta shortage in Finland due to its immense popularity.

TOSS tomatoes, ¼ cup olive oil, garlic and origanum in an oven-proof dish and season with salt and pepper. Arrange the wheels of feta in the middle of the tomatoes and drizzle over the remaining olive oil.

BAKE for 30-40 minutes or until tomatoes have burst and feta has melted.

COOK pasta according to package instructions. Drain, reserving ¼ cup of the pasta water. Mix the pasta and pasta water into the tomatoes. Top with basil and enjoy.

TIP: Tomatoes can often produce an acidic flavour while cooking. To offset this, add 1 – 2 tsp. of brown sugar to the sauce.