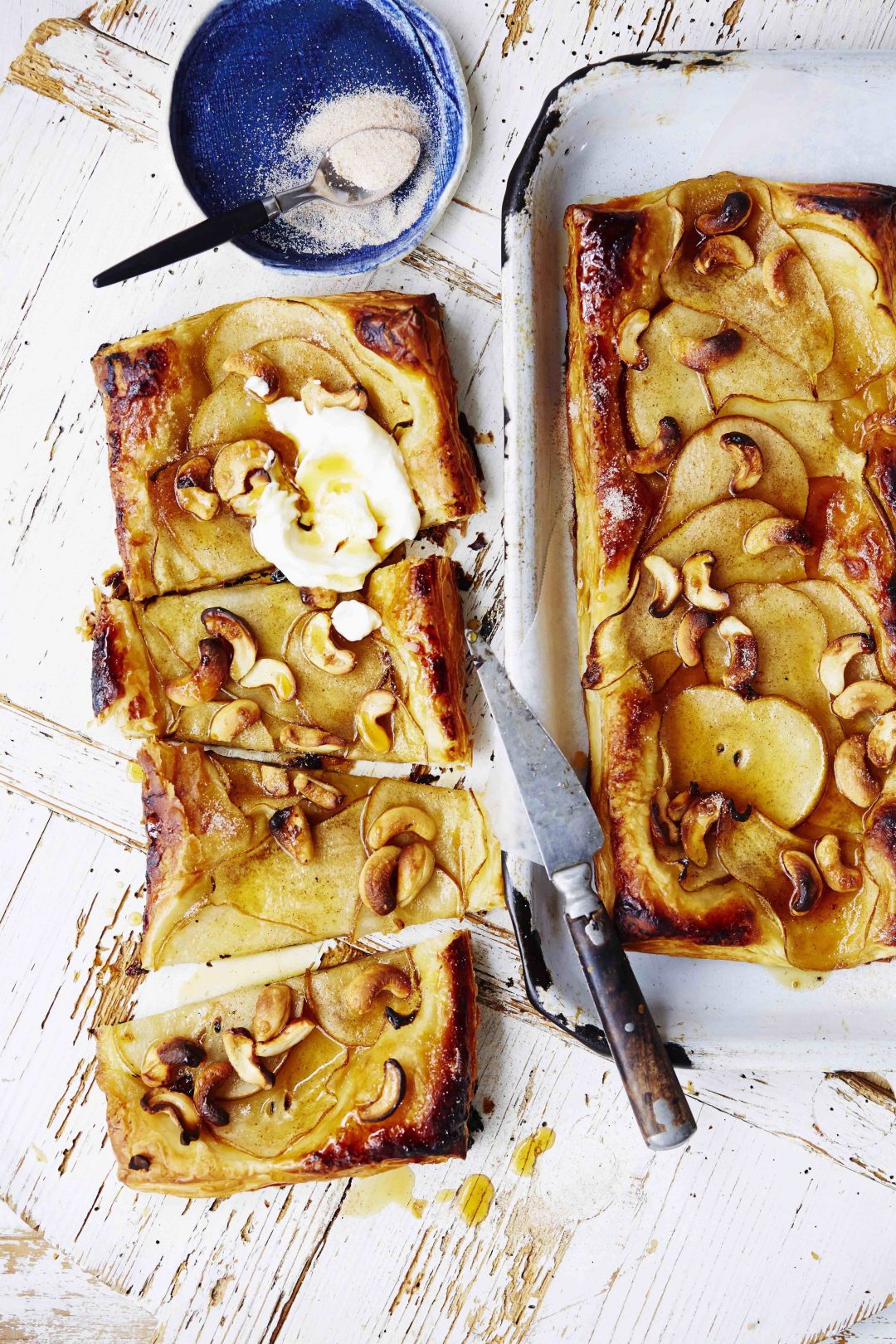 Prepare to be blown away by the simplicity of this terrific tart!

CUT the pastry sheet in half lengthways and place both pieces on the lined tray. Arrange the pear slices on the pastry sheets and brush with butter and half the syrup or honey. Top with nuts and sprinkle with half the cinnamon sugar.

BAKE tarts for 20 minutes or until the pastry is golden brown.

MIX yoghurt and remaining cinnamon sugar in a small bowl. Drizzle hot tarts with remaining syrup or honey and serve with cinnamon yogurt.